The rise of data and the exponential growth of programming languages has led to a tremendous increase in the demand for software. According to a study by the World Economic Forum, by 2022, programming will be one of the most important skills in the world with more than 5 million jobs available in the United States alone. The number of startups sprouting up due to the low cost of starting a venture and the booming e-commerce sector has projected India to be a $5 trillion economy.

So you are learning a programming language, but the problem is that you do not know what to study or start with, or what best suits you. When I started learning the programming language Itoo had a lot of questions inside me, which slowed down my process and made me feel lost and confused. So in this article series, I will try to help people like you who want to learn a programming language but one question kept on returning to your mind “What should I learn?”

What is a Programming Language?

Programming language is a set of rules used to control a computer, which is dynamically interpreted and executed by the computer. It may be either machine language, which is directly understood by computers, or a higher-level language, which can be more easily understood by human beings and translated into machine language by compilers or interpreters.

The purpose of programming language is to make it possible for you to concentrate on the problem you’re trying to solve rather than on the minutia of computer hardware and software. The most popular programming languages are C++, Java, Python, and Ruby.

why we should learn a programming language?

Programming is one of those skills that will get you a job somewhere. It’s more important than sales and marketing skills because employees who don’t know how to code are less productive.

A programming language is a particular kind of program that you can use to make a computer do something, like identify images on the fly or write a smart home automation system. There are many different programming languages, and they do different things. Some languages focus on performance, while others focus on readability. Some are easier to learn than others, but all have their own quirks.

There are two reasons why you should learn a programming language: 1) you want to become more productive so you can work faster; 2) you want to make money by developing your own product or app and selling it to others.

Here are the top 5 most popular programming languages

Python is a computer programming language often used to build websites and software, automate tasks, and conduct data analysis. It is a general-purpose language, meaning it can be used to create a variety of different programs and isn’t specialized for any specific problems.

You’re probably going to hear more and more about Python as the years go by. It’s a very popular language, and it’s been around for a long time. At the same time, it’s very powerful, and it’s very easy for people without programming experience to pick up. And that’s not just because Python is very similar to other languages (it is). The real appeal of Python is its syntax. It feels like English, so it’s easy for readers to understand what you wrote.

Python isn’t just simple; it also has a lot of power behind it. It can do a lot of things — from data processing and networking to GUIs and web development.

JavaScript is a high-level, general-purpose programming language for creating interactive programs and web pages. Today’s browsers use JavaScript to enable interactive websites, mobile apps, and desktop applications. Language has become so pervasive that it’s hard to imagine the Internet without it.

Javascript enables you to bring interactivity to your website by providing a lightweight, cross-platform environment where you can develop your own code and work with the DOM (Document Object Model) to manipulate web content.

You can also use Javascript to customize your browser’s interface or extend the capabilities of any website. This is particularly useful when you want to build an application that fits seamlessly into your site and works exactly as expected.

The DOM is a primary way that browsers manage their HTML documents, both on the server and in the user’s browser. Each node in the DOM represents one element in the document, like a text box within a form or an image within an article.

Java is designed to have as few implementation dependencies as possible so that it can run on any platform that has a virtual machine available for it. A Java program can be a stand-alone program or part of another larger application, such as a web browser or game.

Java is the most popular programming language in the world. It has been used in developing a wide range of applications from small mobile games to large financial systems.

C’s simple syntax makes it popular with beginners, but its flexible nature lets you do all kinds of things with it.

C is an example of a scripting language because it lets you write scripts to automate tasks. For example, you can write a script to search through files on your computer, searching for specific text or matching patterns. You could write another script to create a log file from your system’s activity.

C++ is a general-purpose programming language. It was originally designed as an extension of the C language but has since grown into a language that is used in many application domains. It has changed over the years, and there are now several versions of C++, including C++11 (the latest version).

C++ supports object-oriented programming and allows you to build a large number of different types of programs. It’s also known for its efficiency — it’s possible to build complex systems with this language.

Some Other Programming Languages to Consider:

Many new languages have emerged in recent years, and Go is one of the fastest-growing. It’s a modern programming language developed by Google that supports multiple paradigms and is relatively easy to learn.

The Go programming language is a general-purpose concurrent, functional language that builds on the ideas from existing languages (such as C, Java, and C++). The syntax is similar to C in many ways: It has data types, operators, and functions with a variety of arguments.

R is a programming language designed for statistics and graphics. It lets you do lots of cool things like fitting linear models and doing regression. data analysis, such as exploring data sets using graphical methods or creating summaries; managing data, such as importing and exporting data from databases or spreadsheets; and managing the display of graphs.

R has become so popular that publishers have pronounced it an “essential programming language” for statisticians.

Swift is a general-purpose programming language developed by Apple, Inc. It includes features from both Objective-C and C++ languages. The objective of swift is to provide a safe and modern language capable of developing applications for iOS, macOS, and tvOS platforms.

Swift is a much cleaner language than Objective-C, which makes it easier to read and write while still maintaining most of the same functionality. The syntax is also far more concise. Plus, Swift incorporates features from other languages — it’s similar enough to Java that you can use Java libraries in your projects and vice versa.

PHP is a server-side scripting language that runs on the server that houses your website. It is mostly used to construct dynamic web pages, but it also features database interaction and session management capabilities.

In addition, PHP can be used to create small programs and perform calculations on the fly. This makes it ideal for creating dynamic pages such as shopping carts, e-commerce websites, and online portfolio sites.

Ruby is a popular language for web development, and for good reason. It’s concise, elegant, and fun to use. And there are plenty of resources available to teach you the basics of the language if you’re new to it.

The Ruby language was designed in the early ’20s by Yukihiro “Matz” Matsumoto, based on ideas he gathered while working with Perl and Smalltalk. Ruby is an object-oriented and dynamic language that runs on a number of different operating systems, including Windows and Linux.

Please note that for above mention languages you can just search out on digitaldefynd website or on class central. On these platforms, you can get various courses for free with certificates. So, go and check it out now. Back to the Conclusion.

Which Programming Language You Should Learn?

Some programmers can make a living as experts in a single language, but many programmers, according to Gorton, learn new languages on a regular basis. He adds that it’s not uncommon for a professional coder to speak three or four languages.

One factor to consider while deciding which programming languages to learn is the type of software you want to create. While there are no hard and fast rules about which language should be used to build which program, there are a few themes to consider:

Python and JavaScript are more likely to be used in web-based startups.

Internal software programs are typically written in C# or Java, while Web apps are written in PHP.

The R and MATLAB programming languages are commonly used in data analytics programmers.

Embedded devices, such as those used in the automotive and healthcare industries, run C, C++, or Rust-based software.

Cloud-based applications are increasingly written in Go or Scala.

Swift and Kotlin are becoming more popular for mobile applications. 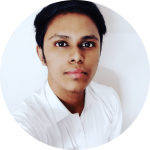